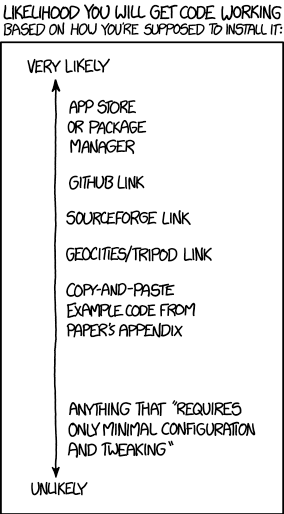 Tutorial Pluto notebooks are in the MDCExamples repository.

This clones the github repository with the examples, changes location to the cloned repository, and starts a julia session.

This should open a new window in your web browser, in which you can run the notebooks.

3b. Pluto notebooks run annotated .jl files. You can also run the .jl files themselves without using Pluto:

Suggested order to go through notebooks

The dynamics for the system are:

By the way In your ecology class, you may have heard of r/K selection. This is a (criticised) theory of how there are two extremal strategies that individual species trade off between:

We will use this terminology in our description of the MD curves.

The maximum predator population over time is a non differentiable function of the solution. How come this worked?